A new method of regenerating teeth?

A new method of regenerating teeth? 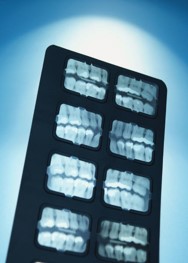 Dental treatments could soon be revolutionized by a new method of regenerating teeth. Recent research has found that low power laser therapy can stimulate the regeneration of teeth. This alternative method may someday change everything we know about permanent teeth. Laser therapy is not something new in dentistry. It is currently used for teeth whitening and it can be used to treat gum problems and tackle other issues like tooth decay.

Damaged teeth are currently repaired or replaced using various materials for crowns and bridges. Dental tissue regeneration could be a more adequate solution because it would provide full function for both the tooth and the surrounding tissue.
Low power laser therapy is not something new to medicine and is currently used to treat skin problems and promote skin rejuvenation, to stimulate hair growth and even treat inflammation and pain. Now, a team of scientists from the Harvard University and the National Institute of Dental and Craniofacial Research in the United States are proposing a new use for lasers in dentistry: to stimulate the growth of stem cells.

Scientists studied the potential of laser therapy in rats and came up with promising results. Researchers tested the treatment on the molars of rats. One cavity was treated with laser while another was left as a control cavity and was simply monitored without receiving any treatment. The laser treated cavity was growing dentin, the protective layer of the tooth, within 12 weeks after receiving the treatment.
Although the treatment is just in its early stages, scientists are optimistic and believe that they will be able to control the laser and how it can induce stem cells to regenerate dental tissue. Such a breakthrough would replace existing treatments and dental implants, which are more complicated and usually have higher costs.
The particularities of the treatment still need to be worked out thoroughly and the safety of the treatment will be a priority. Scientists will need some more time before laser therapy will be used to grow teeth, but we can be hopeful that one day our dentists will be able to regenerate our teeth rather than replace them.