How was the toothbrush invented?

How was the toothbrush invented? 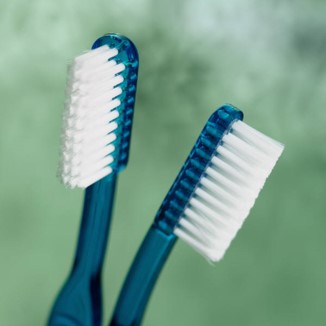 We all know that good oral health begins with oral hygiene and the toothbrush plays the most important role. It seems that our ancestors, starting with the Babylonians and the Egyptians also knew the importance of brushing teeth and invented early on different techniques for cleaning their teeth and gums. Today people have a wide variety of toothbrushes to choose from, but your dentist will generally recommend a soft toothbrush that will not harm your gums.

People have been preoccupied with cleaning their teeth (or at least trying to) for a long time therefore  the toothbrush had a predecessor in the form of the chewing stick that was found in various excavation sites all over the world. Chewing sticks date back as far as 3500 BC in Babylonia and 3000 BC in Egypt. The Greeks and Romans have also used them and so did the Chinese. Chewing sticks were simple sticks used to brush against teeth. Both ends of the stick were used: one as a toothpick and the other, more worn out, was used to brush the teeth.
The first toothbrush that had bristles was found in China and had hog bristles. Monks in China used brushes made from horse-tail hairs. This bristle toothbrush also spread to Europe but the first toothbrush produced in Europe on a large scale did not appear until 1780 when the British William Addis, produced the first toothbrush as an alternative to the inefficient method of rubbing a rag with soot and salt onto the teeth.

The first toothbrush was patented in the United States in 1857. Animal hairs were still used to produce toothbrushes until the invention of the nylon, by DuPont in 1938. The first nylon toothbrush was sold in 1938 and the first electric toothbrush was invented in Switzerland in 1954.
Today, people have a wide range of toothbrushes to choose from and by taking good care of their teeth individuals can prevent severe tooth decay and other problems like severe gum disease. Modern toothbrushes have an ergonomic design and a special placement of the bristles to be able to reach even the most hidden places. Interdental brushes are small, disposable brushes used for cleaning between teeth or between dental braces and the teeth. Electronic toothbrushes are becoming more and more high-tech and allow for a more advanced cleaning of the teeth.
No matter what type of toothbrush you use, dentists recommend that you clean your teeth twice a day, floss and use mouth wash daily. And if you experience any kind of pain or dental problems, you should schedule an appointment as soon as possible so that the dentist can give you a complete treatment plan.